She watched him from the shadows, a habit she both enjoyed and excelled at. He was starting to stir which peaked her excitement and anticipation. The first moments for her lovers were usually filled with the medicinal grogginess that accompanied the use of chloroform, then came the confusion. Without fail their eyes opened wide when they discovered that they were not where they ought to be and that was always followed by their realization that they were strapped down. The struggling varied between them; some seeming to give up sooner than others, but they all pulled and twisted at the start. She particularly enjoyed the feeling of power that tingled through her with each awakening. Although he never noticed her in the weeks that lead up to his joining her, she knew that his complete attention would be on her from then on out.

Still, she watched him quietly from the side, moving only enough to enjoy the show, but not enough to catch his eye. He realized a little too late that he was covered only by the small, soft blanket that she had place over him, as his struggles caused it to slip off onto the floor. She couldn’t help but smile at the whimper that escaped through the gag around his mouth. Since she kept the workroom at a pleasant temperature, she wasn’t worried about him getting cold, but he still seemed upset about being stripped bare. His vulnerability pleased her as few things ever could. She had made herself vulnerable for him when she had first presented herself to him in public weeks before and now he proffered himself up to her, if not precisely willing, a gift nevertheless. 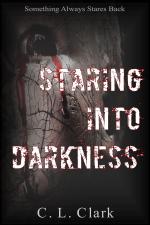